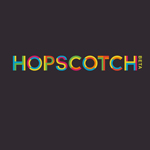 There are lots of systems clamouring to help educate the next generation of coders. One of them, New York-based startup Hopscotch, closed a $1.2 million seed funding round last August which it announced on Thursday, in conjunction with the release of v2.0 of its app. The seed funding came from Resolute Ventures, Collaborative Fund, Kapor Capital and other unnamed investors, and was used to expand the team, launch the community and build version 2 of the app, says co-founder Jocelyn Leavitt. Hopscotch’s special sauce is to be mobile device focused. Its graphical programming language has been specifically designed for use on the iPad. Indeed, it calls itself an “iPad programming language”, and focuses on making coding easier via graphical elements that kids can drag and drop to build up programs. So basically like Scratch – but for iPads.