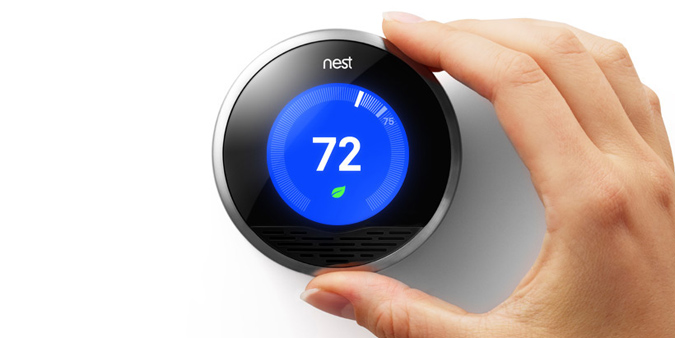 Connected devices company Nest, now owned by Google, has been lauded — mostly, it must be said, by the tech press — for turning its attention to the utilitarian devices in your home. The ones no-one loves. The no-frills, (usually) beige plastic devices that squat on the wall or ceiling of your home doing one thing and one thing only, and thus ungraciously limiting possibilities for interaction. How dare they be so boring! Nest has been praised for seeking to make them ‘smart’. Make them feature-full and full of fancy. For beautifying the beige. “Artfully designed, connected up with your smartphone, and full of features that work better than what it wants to replace,” is how we described the Nest Protect update to the plain old smoke alarm/carbon monoxide detector when it launched in October last year.