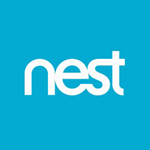 Nest Labs is already well known by early tech adopters for its “smart,” energy-saving thermostats and smoke detectors. And it’s not only consumers that have taken notice: Internet giant Google acquired Nest Labs earlier this year for $3.2 billion dollars. But Nest, led by former Apple iPod executive Tony Fadell, says it is exploring a variety of areas ripe for innovation, beyond just thermostats and smoke alarms. During an interview with Walt Mossberg earlier today at the Code Conference, Fadell said “there’s security, there’s health … we’re looking at all the various things that are associated with the home.”  “I think there are a lot of unloved categories in the home,” Fadell continued. “Like Elon [Musk] has done with Tesla, you can go in and rethink how you re-do electric motors in those products.”

PreviousHomey is a Home Automation Platform You Control With Your Voice Next'Place Lamp' Connects to Your Phone, Makes Your Office Smarter