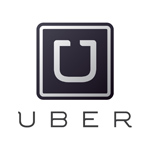 Uber will eventually replace the people who drive its cars with cars that drive themselves, CEO Travis Kalanick said on Wednesday at the Code Conference. A day after Google unveiled the prototype for its own driverless vehicle, Kalanick was visibly excited at the prospect of developing a fleet of driverless vehicles, which he said would make car ownership rare. “The reason Uber could be expensive is because you’re not just paying for the car — you’re paying for the other dude in the car,” Kalanick said. “When there’s no other dude in the car, the cost of taking an Uber anywhere becomes cheaper than owning a vehicle. So the magic there is, you basically bring the cost below the cost of ownership for everybody, and then car ownership goes away.” Asked about what he would tell the Uber drivers who will some day replaced, Kalanick said that day was still a long way off.