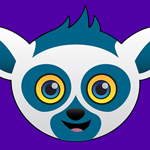 Yahoo made its latest acqui-hire: the mobile app Blink, which lets people to send messages that it says will “self-destruct.” As it does with many of its acquisition targets, Yahoo is shutting down the iOS and Android app. Blink posted a note on its website saying it was part of Yahoo now. Terms of the deal weren’t disclosed. That leaves one fewer rival for the granddaddy of ephemeral messaging, Snapchat, which recently settled Federal Trade Commission charges that it misled consumers by telling them their messages would disappear. There are still plenty more available mobile messaging apps, like WhatsApp, Line, Viber, Kik, Facebook Messenger and others — many of which are adding features like video and stickers that are making them largely clones of each other. (TechCrunch’s article on the deal has plenty of backstory on Blink and its parent company Meh Labs.)

PreviousThe Library of Congress Wants to Destroy CDs... to Save CDs NextReport: Apple is Testing a 1704×960 Resolution for the iPhone 6