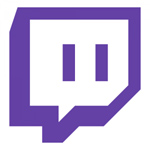 Google’s YouTube has reached a deal to buy Twitch, a popular videogame-streaming company, for more than $1 billion, according to sources familiar with the pact. The deal, in an all-cash offer, is expected to be announced imminently, sources said. If completed the acquisition would be the most significant in the history of YouTube, which Google acquired in 2006 for $1.65 billion. The impending acquisition comes after longtime Google ad exec Susan Wojcicki was named CEO of YouTube earlier this year. Reps for YouTube and Twitch declined to comment. San Francisco-based Twitch lets users upload and watch free, live gameplay videos that can be streamed from Microsoft Xbox and PlayStation 4 consoles. The company claims to have more than 45 million monthly users, with more than 1 million members who upload videos each month.

Read the full story at Variety.