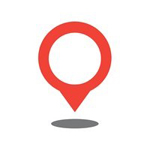 Spotsetter, a social search engine using big data to offer personalized recommendations as to places to go, has been quietly snapped up by Apple, TechCrunch has learned. The technology, which involves layering social data on top of a maps interface could be used to beef up Apple Maps with features competitor Google lacks. The deal, we understand, was mainly about acquiring the technology and the talent of the two founders, ex-Google Maps engineer Stephen Tse and Johnny Lee (whose LinkedIn profiles also now point to their move to Apple). Some of the company’s team also joined Apple, but not all. Spotsetter debuted during AngelPad’s Spring 2012 class, then later went on to raise $1.3 million in seed funding from Rahul Prakash, 2020 Ventures, Javelin Venture Partners in addition to AngelPad, according to CrunchBase. We don’t know the specifics of the deal terms at this time, but hear that the “investors are happy,” so to speak.

PreviousFacebook Launches 'Slingshot,' Its Latest Alternative to Snapchat (Update: NOPE!) Next200 Milliseconds: The Life of a Programmatic RTB Ad Impression