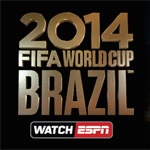 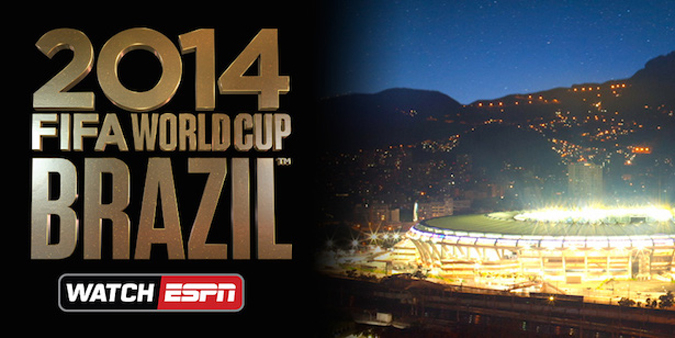 Are you watching the World Cup? I am, and I’m loving every minute of it. If I’m home and there’s a World Cup game being played, it’s on my TV. Even if I’m doing other things, it’s on in the background … it’s easy to tell when something exciting is happening (or about to happen) because the announcers start going bonkers.

If I’m not home – or if I have something else on the TV – the WatchESPN app is my best friend. Log in on your mobile device or PC with your cable provider login, and you’re good to go. Then you have soccer on your computer or phone whenever you want.

That’s what I’ve realized the past few months – TV apps are about convenience and multi-tasking. Thanks to my TiVo, I never have to sit down at a certain time to watch my favorite shows – they’re “on” whenever I want to watch them. But if I want something to watch on another screen, or I’m not home and want to watch something live (like soccer), I can. It’s the future!

Apps are weird, for lack of a better word. If you look at video game consoles or set-top boxes, adding apps is the name of the game. But it’s also further fragmentation of an already fragmented medium. Am I supposed to use HBO Go, Showtime Anytime, FX Now and WatchESPN to watch four different programs? Is this the future, too?

I don’t know where TV is going, but I know it’ll look very different in a few years than it does now. I realize I’m a holdover, one of the last Millennials watching TV in a “traditional” sense. Even though I’m not watching TV live, DVRing shows is only one step removed. Apps are a step beyond that.

But what’s beyond this current wave of apps? Are we headed for a future where you’ll need to fire up a “Game of Thrones App” to watch the latest episode? Five years ago, I would have thought different apps for each network would seem like a lot. Are show-centric apps really that hard to believe in a future five years from now?

Video apps add convenience, but they also add clutter. They give us a new way to watch our stuff, but also give us one more thing to keep track of. Good or bad, I don’t know. It just is. And I guess we’ll roll with it.

PreviousHow to Make Sure Kids Only Use Their Phones for Work While at School NextShelly Palmer Radio Report - June 18, 2014