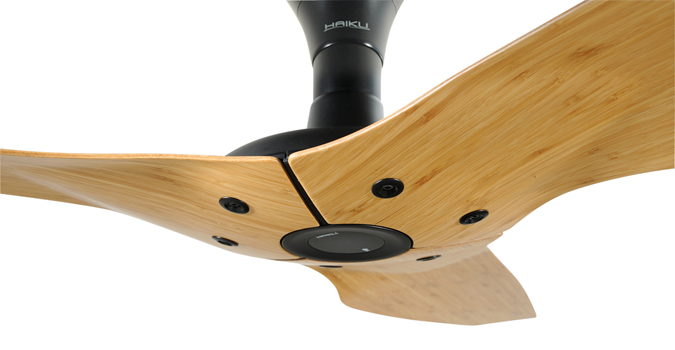 Big Ass Fans, a company that began in 1999 making a 14-foot fan for industrial customers before eventually branching out into the home market 13 years later, is adding smarts to its residential ceiling fans. But unlike many companies that slap a Wi-Fi chip and an app on their connected products, the Lexington, Kentucky company has taken a page from Nest and built a fan that learns what you like and then turns on when it thinks you want to be cooler. Yes, it has built a ceiling fan that is a robot. Robots are defined as any machine that is “smart” enough to make autonomous decisions, which is exactly what the fan’s Wi-Fi module, microcontroller, sensors and learning algorithms will allow it to do when it starts shipping later this summer. Yes, there’s an app, which means if you want to “teach” the fan from the comfort of your couch, you can.