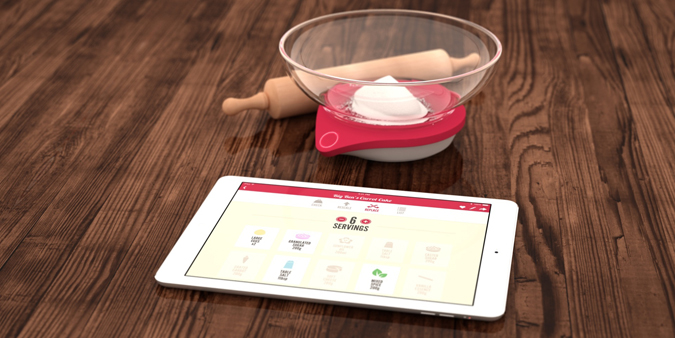 The connected home is mostly about light switches and locks today, but several companies are trying to launch connected products with more of a culinary bent. The Drop connected kitchen scale is one of those. On Tuesday it began accepting orders for its $99 connected scale that we covered a few months back. The scale should ship in the fall. And while the scale makes for a fun gadget, I’m more excited about the possibility to rethink recipes for a digital age. Ben Harris, the CEO of Drop, stopped by the Gigaom offices a few weeks back to show off the scale and how one might cook with it, and my biggest takeaway wasn’t the scale. It was the process of cooking. Most recipes follow a similar format: a list of ingredients, instructions for combining those ingredients and then some form of cooking that either comes later or is incorporated into the combination process.

PreviousFacebook Acquires Pryte, a Mobile Data Plan Company NextMarvell is Getting its Chips Ready for The Internet of Things