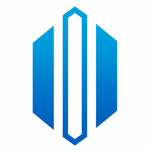 Dropbox has been acquiring companies to help it expand the services that it can offer to consumers and enterprises beyond cloud storage. But the company — which has raised $1.1 billion and is among the larger tech startups tipped for an IPO – is also making strategic acquisitions to help keep its own house in order. We have found out that Dropbox has quietly acquired a company called Parastructure, a startup still in stealth that builds data-analysis software on top of open source infrastructure. TechCrunch has confirmed with a reliable source that the acquisition was in the “lower eight figures,” which could be anything from $10 million up to $50 million. Neither company would confirm the deal to TechCrunch. “Thanks for checking – we don’t have any comments however!” a spokesperson told me.

PreviousReport: Google to Block Some Indie Record Labels' YouTube Videos NextJasper Technologies May Be the First 'Internet of Things' IPO