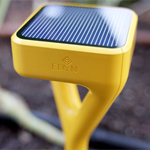 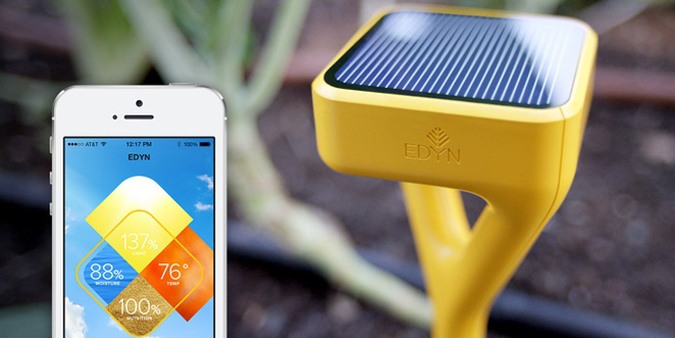 The Internet of Things is coming to a garden near you. Last fall, a company called Soil IQ made the finals at TechCrunch Disrupt with a soil monitor that continuously sends data on moisture and temperature back to the cloud. It was co-founded by a Princeton grad and soil scientist named Jason Aramburu, who had worked with hundreds of Kenyan farmers to increase crop yields. He then teamed up with Yves Behar, the famed designer behind Fuseproject and Jawbone, to start a new company when he returned to the U.S. Now nine months later, the company has a first run of production that it’s unveiling on Kickstarter under a new name, Edyn. You can check out the video at the link below. They’ve made the solar-powered soil monitor much sleeker and thinner. The original was a bulky red box.