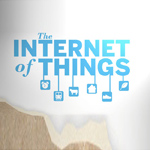 The Internet of Things may be one of the clumsier neologisms to have emerged in recent times, but that has seemingly done nothing to slow its growth. For those unfamiliar with it, the Internet of Things (also known as M2M or machine to machine) refers to an expanding network of interconnected internet-enabled devices. Driven by miniaturisation, the affordability of components such as cheap Bluetooth sensors, and the growing ubiquity of technologies such as Wi-Fi, it is now possible to connect devices in a way that would never have previously been thought possible. While still in its “early adopter” infancy, some estimates suggest that by 2020 there will be in the region of 50bn IoT devices – all talking with one another on a constant basis.