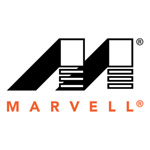 Marvell believes the internet of things will need Zigbee, Apple and voice recognition. The new Marvell silicon includes a microcontroller as well as a wireless chip combined as a system on a chip (SoC). The buyer picks the type of connectivity and gets a layer of software to make supporting the chips’ features easy. The chip company has created a platform for the internet of things that will offer Bluetooth, Wi-Fi and Zigbee chips, incorporating a standard that many device makers and other chip manufacturers have expressed doubts about. Both Broadcom and Qualcomm, competitors to Marvell, have said that both ZigBee and Z-wave will be supplanted by Bluetooth and Wi-Fi, but Philip Poulidis, VP and general manager of Marvell’s mobile and internet of things business units said Zigbee is now gaining ground and attention that make it worth putting in devices.

PreviousDrop, the Smart Kitchen Scale, is Now Available for Pre-Order NextApple Can Now Build a Silent MacBook Air (If It Wants To)