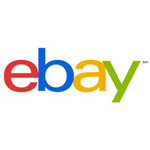 Two years after launching its local delivery service eBay Now, eBay plans to shut it down, a VentureBeat source claims. Born out of the $75 million acquisition of Milo, eBay’s local team launched eBay Now in 2012 alongside competing same-day services like WunWun and Postmates. The race to conquer local delivery is red-hot — recent entrants include none other than Google and Uber – but despite eBay’s head start, the company may ultimately sit this one out. Things aren’t well on eBay’s local team, sources say. At the end of April, eBay quietly fired its team of “valets,” and transferred its deliveries to third-party couriers, a shift enabled by the company’s earlier acquisition of Shutl. Simultaneously, eBay’s director of local commerce and East Coast operations head departed. Since then, the company has ended its relationship with early retail partners, including Best Buy.