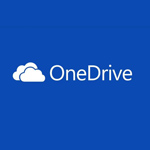 Microsoft on Monday announced a ream of pricing and plan updates for its OneDrive cloud storage service, which include increasing capacity and cutting the cost of additional space. Free OneDrive users previously got up to 7GB of storage space simply for signing up, but soon everyone will be able to store up to 15GB of files without handing over a penny. Additionally, Microsoft said that its paying Office 365 customers will all get up to 1TB of space included as part of their plan. Office 365 Home ($9.99 per month) users will get 1TB per person for up to five people and Office 365 Personal ($6.99 per month) and University ($79.99 for four years) users will get 1TB per subscription, the company said. Rounding off the announcement, Microsoft has also dramatically cut the cost of buying additional space on OneDrive.