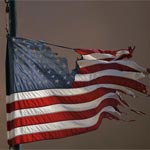 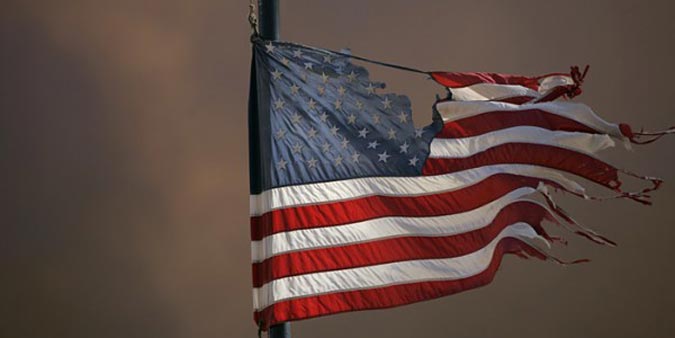 Thousands of crumbling bridges, millions of gaping potholes, billions of dropped calls, limited bandwidth, a fragile electric grid, antiquated nuclear power plants, water and sewer systems that are decrepit and dangerous. This is not the foundation for another “American Century”; it is the disaster of the infrastructure in the United States halfway through the second decade of this century.

In my last column, I referenced dialogues I had from 2008-2011 about the dark months and years of the Great Recession. When asked how we could remain a great nation, I’d answer, “If we don’t better educate our young and our adults, if we don’t become a healthier citizenry and if we don’t completely rebuild our communications, energy and transportation infrastructures for the 21st century, it doesn’t matter what else we do.” A bit oversimplified, but essentially true.

In 2011 I co-authored a book “Shift Ed: A Call To Action to Transform K-12 Education” with Jeff Cobb, and in 2012 I co-authored the book “The New Health Age: The Future of Health Care in America” with Jonathan Fleece. With those two books, I attempted to address the first two parts of that answer. In “Entering the Shift Age” (2013), I wrote that one of the most significant contexts for the early part of the 21st century was “retrofitting the 20th century.”

In the 20th century, the U.S. led the way to market with many of the major inventions in the developed world: electricity, telephones, internal combustion engine vehicles and nuclear energy, to name just a few. The United States institutionalized some of these inventions; for example, the invention and mass marketing of the internal combustion engine vehicle largely became the transportation system for the country. We built an interstate highway system, not a high-speed rail system. We designed communities (suburbs) around cars, not people. The inventions created the landscape, which is often the case in history. Now, in the Shift Age, things are changing ever more quickly, so the landscape created around 20th century inventions is less relevant every day.

The other thing that happened was that much of the rest of the developed world was destroyed during WWII. The great powers of Japan and Germany, as well as much of Europe, were bombed out and destroyed. In the several decades following this destruction, entirely new infrastructures were built in these countries. This, of course, did not happen in the U.S., which means the infrastructure in the U.S. is some of the oldest in the world. Much of it is now in desperate need of repair.

It takes a vision to see into the future, to see what will be, can be, could be the United States in the 21st century. It also takes a government working with the citizenry to create a sense of manifest destiny within this new global age. This is not the current reality in Washington D.C., where attempts at leadership and the creation of a new national vision gets whacked at the knees by partisan politics and small-minded, locked-down thinking.

Everywhere I travel to speak in the U.S., I hear from people sick of this current situation. This is why there has been the emergence of leadership and power at the state and city levels. At these levels, people live with the reality of collapsing and inadequate infrastructure, and they realize that they no longer live in a great, modern country but instead in a crumbling landscape amidst political dysfunction and the deep deficits it has created. At these levels, though, things are getting done, because (to some degree) they are perceived as local issues.

I think of myself as a global citizen. We are in the global stage of human evolution and the Flow to Global is a dominant force today and will be in the coming decades. This means the nation state will increasingly be defined by the security, services, health, education, economic opportunity and general well being it provides its citizenry.

All of this cannot happen without the transportation, energy and communications infrastructure being constantly rebuilt and updated with speed and the ongoing utilization and integration of the new technologies of this century. Instead, we are doing a poor job of repairing the collapsing infrastructure of the last century.

To remain a great nation we must change this reality, and we must do soon – certainly in this decade.

Previous3D-Printed Organs 101: Everything You Need to Know NextGoogle is Getting Into the Domain Registration Business