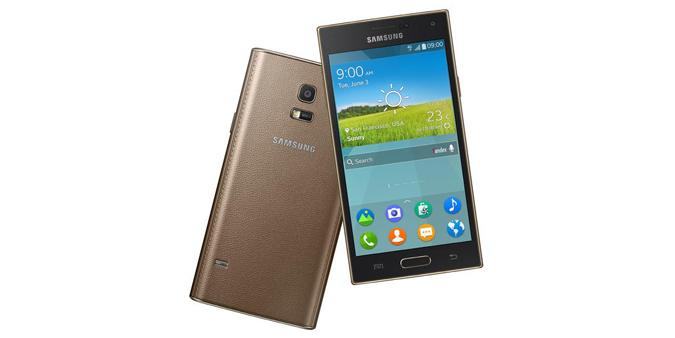 Samsung Electronics launched the first phone running its homegrown Tizen operating system on Monday morning. The Samsung Z, as it is called, will go on sale in Russia in the third quarter. Samsung currently sells more smartphones than any other company, but the vast majority of those handsets run Google’s Android operating system. Tizen, which has been in development in conjunction with Intel since 2011, could be a way for Samsung to achieve greater independence from Google. The MeeGo-based operating system is already commercially available on Samsung’s Galaxy Gear smartwatches. The Samsung Z won’t be a worldbeater: it’s a 4.9-inch phone with a 1280 x 720 AMOLED display, an unidentified quad-core processor, and 2GB of RAM. However, it does have a few flagship features, such as Samsung’s fingerprint sensor embedded in the home button and a heart-rate monitor on the back.

PreviousSpotify Makes Playing Tracks Offline Simpler Than Ever NextAsus's Transformer Book V is a Smartphone, Tablet and Laptop in One