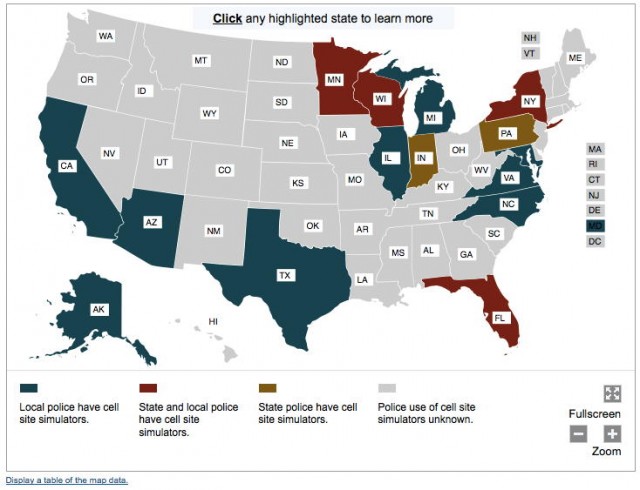 A new map released Thursday by the American Civil Liberties Union shows that fake cell towers, also known as stingrays, are used by state and local law enforcement in 15 states. Police departments in Baltimore, Chicago, Houston, Tucson, Los Angeles, and even Anchorage, among others, have been confirmed to use the devices. Beyond those states, 12 federal law enforcement agencies, ranging from the FBI to the National Security Agency, also employ them. Relatively little is known about precisely how police decide when and where to deploy them, but stingrays are used to track targeted phones and can also be used to intercept calls and text messages. However, privacy advocates worry that while the devices go after specific targets, they also often capture data of nearby unrelated people.