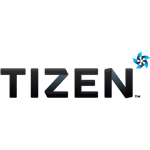 Days after Samsung introduced a Tizen OS-based smartphone, a UK-based analyst declared the operating system a non-starter, despite its backing by a consortium of heavyweights including Intel, Samsung and LG Electronics. “Is Tizen going anywhere? In a word, no,” wrote Andrew Sheehy, chief analyst for Generator Research in an online research report. To support his view, Sheehy said the OS is five years behind Google’s Android and Apple’s iOS and has the support of only a small cadre of developers compared to the millions writing applications for Android and iOS. “Watching Tizen’s development is like watching a car crash in slow motion,” he wrote. In comments to Computerworld, he added, “As far as a viable alternative to Android, Tizen is dead in the water.”

PreviousIntel Forced to Pay $1.4 Billion Fine for Anti-Competitive Practices Against AMD Next7 Siri Trips to Help Get More Out of Your iPhone