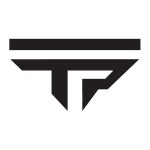 Austin startup TrackingPoint is best known for its precision-guided firearms, expensive weaponry purportedly capable of turning anyone into a veritable marksman. In this minute-long concept video, the company shows how wearable technology can be used in conjunction with its products to further augment a person’s shooting abilities. The testosterone-laced montage features a stern-faced, bearded man firing shots from unlikely angles while a narrator extols the system’s benefits. Most notably, the technology the company is working on is supposed to allow “for accurate shots around corners, unsupported positions, behind the back, to the side, and around barricades.”