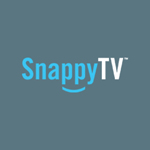 Twitter has announced it’s acquiring live-TV clipping service SnappyTV, a platform used by broadcasters and rights-holders to edit and distribute snippets of live TV across the social sphere shortly after they’re first aired. Launched in 2010, San Francisco-based SnappyTV has been been partnering with the likes of FOX Sports, NBC Sports, CBS, HBO, and NBA. It basically lets broadcasters distribute near real-time video clips across the Web and social media channels such as Twitter and Facebook. The deal makes absolute sense for Twitter (and SnappyTV), given its evolution as a platform for broadcasters. Back in September, news emerged that the US National Football League (NFL) was partnering with Twitter to bring video highlights directly to the platform, viewable on PCs and mobile devices, with users able to access a packaged, NFL programming schedule directly on Twitter, including in-game highlights.