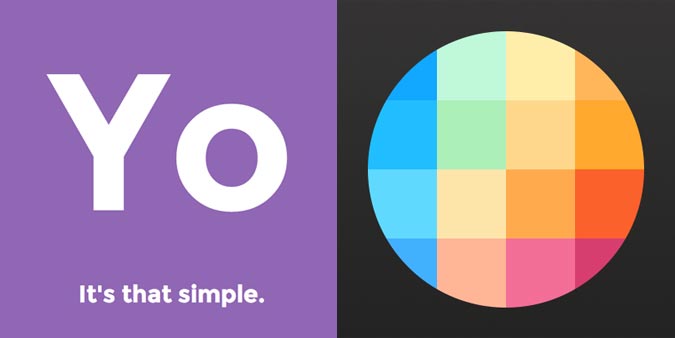 Mobile messaging apps may be a dime a dozen, but they’re still big business – and, in fact, worth many, many dimes. In the last week, two messaging apps have made big waves in the mobile world: Slingshot and Yo.

Both apps are pretty simple and minimal – or maybe I’m dumb and I just don’t know how to use them. If you’re unfamiliar with either app, here’s a quick breakdown:

Even though both apps are dumb, they’re both important, too, but for different reasons. Slingshot is Facebook’s second attempt at creating a Snapchat competitor (after bailing on Poke earlier this year) – and comes less than a year after Facebook tried to buy Snapchat for $3 billion. Yo is (arguably) less important, but still worth mentioning – especially since it raised a million dollars in less than a week.

Important or not, both are far from perfect – or enjoyable. Both apps have more in common than a shared release week – they both share the same two glaring flaws:

I have no doubt that both apps will find their voice and niche soon. There’s a lot of steam behind both platforms, and potential for both to be cool in their own specific ways. (For example, Yo is doing some cool World Cup integration.) But I don’t think either app is for me. Then again, neither is Snapchat. I never crawled on the floor when Snapchat added new features – but I’m also not a high school girl.

Facebook Messenger, plain old texts and the occasional email are good enough for me – and I’m sure it’ll be enough for you, too. Neither of these apps are “must downloads,” but both are fun enough to give them a shot for a day or two. Try them out! They’re both free. See what you think of them. Yo your friends. Share moments. Let me know how it goes… via email.

PreviousDARPA Wants to Build a Portable, Bulletproof Wall That Can Fit in a Can NextShelly Palmer Radio Report - June 25, 2014