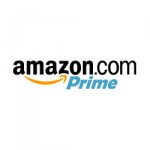 One of the major complaints with Amazon Prime Music, the company’s new streaming music service bundled in with its Amazon Prime membership program, was its lack of song selection, and especially current hits. On Wednesday, Amazon took a small step towards remedying that problem with an announcement of an expansion of the Prime Music service, which now has grown by “hundreds of thousands of songs.” The expansion includes both songs from artists who are new to Prime Music, as well as additional tracks from artists who already offered some content to Prime Music subscribers. Specifically, the company noted a handful of artists by name in the announcement, including: David Guetta, Al Green, Miles Davis, Kendrick Lamar, Linkin Park, Shakira, Deadmau5, Ella Fitzgerald and more.