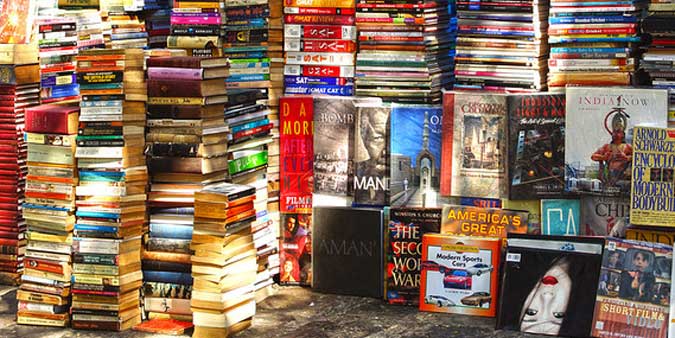 When word first got out about Amazon’s (then-rumored) Kindle Unlimited, I was more than a little excited. Unlimited e-books! $10 a month! I’m going to read everything all of the time, forever!

When the program actually rolled out, I was underwhelmed. Yes, having access to 600,000 books for $10 a month is a ridiculously good deal. But coming from Amazon, I expected more. I expected Kindle Unlimited to be a service that would significantly cut back on the books I wanted to buy. Instead, it turned out to be an expensive version of the Kindle Owners Lending Library I already have access to.

Kindle Unlimited isn’t for me (at least not now, anyway). But is it for you? Let’s find out! It’s time to play everyone’s favorite game show…

Is Kindle Unlimited For You?!

You’re someone who’s never read a book before, but you really want to read a lot now. Yes! You’re a great fit. You’re today’s first big winner! I can’t overstate it enough – unlimited access to 600,000 books for $10 a month is an astoundingly good deal. You can read a book a day, every day, and not run out for 1543 years. (Granted, you’ll pay nearly $200,000 over those 1543 years, but that’s still just 33 cents a book. A bargain at twice the price!) There are tons of awesome books to read included in the service. And the best part? If you don’t like a book, you can stop reading it and move on to another. No harm, no foul.

You’re a casual reader who likes to keep up with bestsellers lists. No. Amazon doesn’t have any deals in place with the “Big Five” publishers, which means today’s biggest books aren’t included in the service. I checked a couple new releases I’d bought hard copies of lately, and none were available on the service. That’s a real bummer. Maybe I shouldn’t expect that – I don’t expect new release Blu-rays to be available on Netflix for a while – but it was still disheartening to see. 600,000 is a massive number, but it’s not big enough.

You don’t have a Kindle, but you have a smartphone and want to pretend you have a Kindle. Yes! Unlike the Kindle Owners Lending Library (which requires a Kindle to access), Kindle Unlimited works on the Kindle app on iOS and Android. That’s a very cool feature. Amazon’s always kept some of Kindle’s best features locked to its devices, so it’s nice to see they’re sharing the wealth here. (Then again, when you’re paying $120 per year, you should be able to read books anywhere you want.)

You’re an Amazon Prime customer. No. This is the category I fall into, and if you’re like me, the reality of Kindle Unlimited is less appealing than its potential. An overwhelming majority of the service’s available books are already included as part of the Kindle Owners Lending Library. That means you can already read one of these books every month for free, without paying another dollar on top of your $99 yearly Prime subscription. Keep in mind that Kindle Unlimited is more expensive than Prime. Do you really want to pay $120 more a year to read more of these titles?

Amazon’s Kindle Unlimited packs a lot of value, but it’s not the service I was hoping for. It’s also rather expensive (at least compared to Amazon Prime), so it’s not a no-brainer (like Netflix, with its 50 million subscribers, is quickly becoming). Amazon is offering 30-day trials of the service, so you can give it a shot and see if you like it. If you do sign up, there are plenty of good reads on there – you just might have to hunt for them.

Have you tried the service yet? Let me know how you like it!

PreviousThe RollScout is a Smart Toilet Paper Roll That Lets You Know When It's Empty NextThe Latest Form of Web Tracking Is Relentless, Isn't Slowed by 'Do Not Track'