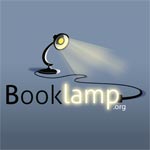 TechCrunch has learned that Apple has made another acquisition, one that it is using to boost its e-books effort and “beat Amazon at its own game.” It has bought BookLamp, a startup based out of Boise, Idaho, that developed big data-style book analytics services. (Apple has since confirmed the initial report of the acquisition. The company told TechCrunch, “Apple buys smaller technology companies from time to time, and we generally do not discuss our purpose or plans.” A second source says Apple bought BookLamp’s employees and technology for a price that was “higher than $10 million, and lower than $15 million.” BookLamp’s most well-known product was the Book Genome Project, a platform that let users find suggestions for books to read based on natural language analysis of other titles. BookLamp’s tech and talent could help Apple improve its iBooks service with better recommendations, search, and categorization.