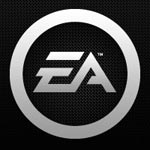 EA announced a new service called EA Access on Tuesday, which delivers some of its games on the Xbox One at incredibly inexpensive prices. Check it out:

EA Access membership unlocks The Vault, a collection of EA’s biggest games on Xbox One ready for you to download and play.  During the beta, gamers will have unlimited access to four great EA games: FIFA 14, Madden NFL 25, Peggle 2 and Battlefield 4™, with more titles being added soon. That’s over $100 worth of games for $4.99 a month. You can play these EA favorites as much as you want with the click of a button.

The press release is fairly detailed, but there isn’t enough information for me to figure out the most important distinction: EA Access may be the greatest service ever available on the Xbox One, or it could be a pretty okay service that I don’t pay for. There isn’t really a middle ground.

For $5 a month (or $30 a year), I get access to four games I paid $195 for on the day they came out. That’s an awesome deal. That $30 price point is half the price of Madden NFL 15, which I’m buying in about four weeks. Does EA Access let me play that? I don’t know. I know I can play a two-hour trial of it, five days before it comes out, and my progress will carry over to the retail version. But is that it?

There’s no way EA can be giving away full copies of brand new titles as part of this promotion… right? There’s a new FIFA and Madden coming out in the next three months (and a new Battlefield was supposed to as well until it was delayed to next year), so offering full copies of last year’s versions is a good way to draw people into the service. Peggle 2 is a great game, but it’s an inexpensive one, and a way to show casual consumers how good EA’s digital-only games are.

I’m hungry for more details. I’m guessing each new sports game will be available to play in full a few months before the next version comes out. That won’t cut it for me with a game like Madden, which I’d want to play a ton of leading up to and throughout the football season. But for games like FIFA or NHL, games about sports and leagues I don’t really follow, EA Access still holds a lot of value. Is $30 a year worth having access to a slightly-delayed but ever-rotating cycle of great games? For me, definitely.

The delivery process of digital media is changing. Netflix broke the system, for the benefit of consumers. Spotify followed suit with music, and Amazon/Oyster/Scribd did for books. It looks like EA is doing the same thing for video games (albeit only their games). Sure, the monthly subscription prices are adding up, but so is the value – and so are the savings on not having to buy full retail versions of anything ever again.