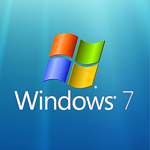 As the second half 2014 rolls in, Microsoft is stepping up its warnings for approaching support deadlines for some of its key products, including Windows 7. A few definitions worth knowing: Mainstream support is the typically five-year period when Microsoft provides free patches and fixes, including but not limited to security updates, for its products. When a product exits the mainstream support phase, Microsoft continues to provide a period (also often five years) of extended support, which means users get free security fixes but other types of updates are paid and require specific licensing deals. “End of support” means there will be no more fixes or patches — paid or free, security or non-security — coming for specific products. (There are some temporary work-arounds, as Windows XP users have discovered, but as a general rule, end of support means, for most intents and purposes, the end.)