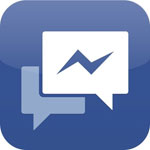 Three years after Facebook acquired Beluga and turned it into Messenger for smartphones, its dedicated chat app got a version specially designed for iPad rather than just running as an enlarged iPhone app. Messenger for iPad features a multi-window interface showing a list of threads and your current conversation at the same time. Messenger had over 200 million users as of April across devices, but now Apple fans can mobile message on a larger screen. Messenger for iPad comes with most of Messenger features, including stickers, easy group chat navigation, and VOIP calling. It’s only missing the latest additions, including the split-screen selfie camera and tap-and-hold quick video recordings. The app will surely be nice for Messenger users who are tired of having to juggle their iPhone while working or playing on their iPad.