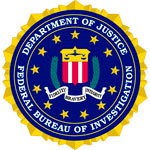 Google’s driverless car may remain a prototype, but the FBI believes the “game changing” vehicle could revolutionise high-speed car chases within a matter of years. The report also warned that autonomous cars may be used as “lethal weapons”. In an unclassified but restricted report obtained by the Guardian under a public records request, the FBI predicts that autonomous cars “will have a high impact on transforming what both law enforcement and its adversaries can operationally do with a car.” In a section called Multitasking, the report notes that “bad actors will be able to conduct tasks that require use of both hands or taking one’s eyes off the road which would be impossible today.” One nightmare scenario could be suspects shooting at pursuers from getaway cars that are driving themselves. Self-driving cars use lidar (laser ranging), radar, video cameras and GPS technology to build up a digital 3D map of their surroundings, including buildings, roads, pedestrians and other vehicles.

PreviousAmazon is Testing 'Kindle Unlimited,' an E-Book Subscription Service NextJibo the Robot Could Be the Link Between Us and The Internet of Things