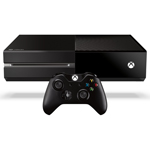 The world’s most popular online video brand is expanding its audience. GoPro officially launched its channel on Xbox One Tuesday morning — increasing the reach of the most popular video brand on the Internet. GoPro spokeswoman Kelly Baker told the Daily News the channel went live at 10 a.m. and users of Xbox One can download the channel and begin watching a large collection of the company’s videos. The new platform allows users to stream the videos on a big screen, high-definition television. They can also watch an assortment of the fast-paced videos with an up-close perspective continuously. The San Francisco-based camera company released a similar channel on Xbox 360 in April that has already been downloaded a half million times, Baker said. The new channel was launched Tuesday before this weekend’s Comic-Con event in San Diego.

Read the full story at The New York Daily News.