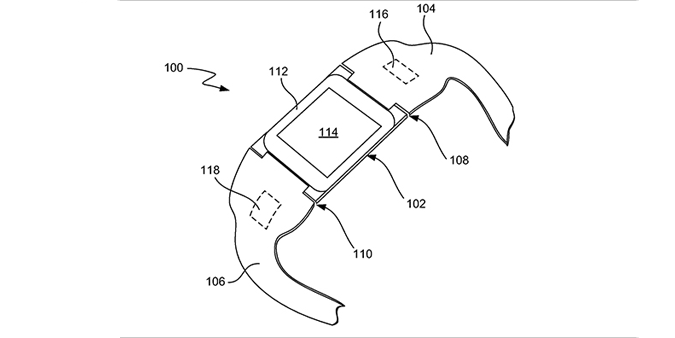 In one of the clearest signs that Apple is — and has been — working on a smartwatch device, the Cupertino company was on Tuesday granted a patent for a wrist-worn wearable with augmented strap capabilities, support for arm and wrist gestures, advanced proximity-sensing circuitry and much more. As published by the U.S. Patent and Trademark Office, Apple’s U.S. Patent No. 8,787,006 for a “Wrist-worn electronic device and methods therefor” describes a device (dubbed “iTime” in one illustration) that fits squarely with speculation regarding a so-called “iWatch” smartwatch. The invention’s main claims, as the title implies, revolve around a wrist-worn device that can connect with other portables like iPhones and iPads, computers, or even the watch’s straps, which integrate sensors and other circuitry to augment device performance.