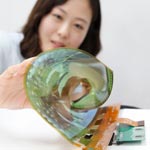 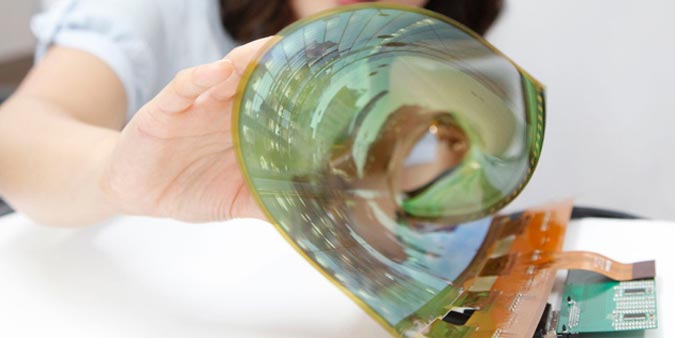 It’s been a while since we’ve seen any new curved or flexible displays following LG’s G Flex and Samsung’s Galaxy Round smartphones. LG Display is thinking bigger now. It’s announced that it’s been able to create an 18-inch OLED panel that has enough give and flexibility to roll into a tube that’s a mere 3cm across. The prototype currently has a resolution of 1,200 x 810, while it’s a new polyamide film on the back of the panel (instead of the typical plastic) which offers the panel substantially more flexibility — and it’s also even thinner. Alongside the flexible demo, LG’s also crafted a transparent OLED panel which has triple the transmittance of existing see-through LCD displays — that means the picture looks much better and less hazy.