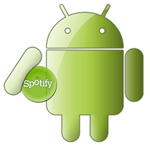 Based partly on a previous filing by Google about an unnamed foreign company it tried and failed to buy for $4 billion to $5 billion and a line I had in a story that noted that a top exec at the search giant had expressed interest in buying Spotify — the Journal is reporting that Google tried to buy the music service, but walked away because the price was too high. Riveting, perhaps — but not so much, again. According to multiple (I just dialed my little fingers off) sources at both companies, there have been neither formal nor informal discussions between the companies about an acquisition, directly or indirectly. That said, Spotify co-founder and CEO Daniel Ek has indeed met with Google execs about various and substantive commercial deals at YouTube, Google Play and Android. “There has not been a single conversation about Google’s interest between the two,” said one source, reflecting many others.