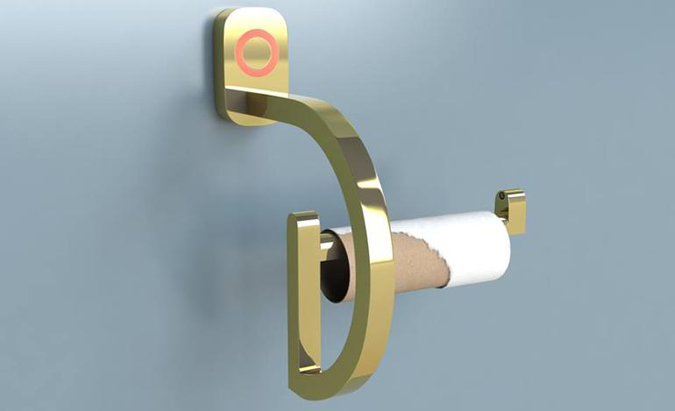 There’s a certain disappointment that comes with reaching for the toilet paper and finding the roll tapped out. You may go through stages of grief, denying that it’s actually empty, angrily blaming your spouse for failing to refill it, and eventually accepting that you’ll have to solve the problem yourself. The RollScout on Kickstarter wants to make sure you never suffer like that again. On the surface, the RollScout looks like a modern, sleek, wall-mounted toilet paper holder, but it hides an infrared emitter and sensor. When the roll empties down enough, the emitter and sensor connect and the holder pulses with a round amber light to alert unsuspecting bathroom users to the dire nature of the situation. The battery-powered RollScout can run for up to a year on a single A23, since it’s designed to only “wake up” every few minutes to check on the roll for a split second.

Read the full story at CNET, and check out RollScout’s Kickstarter.

PreviousXiaomi Unveils a $13 Wearable Fitness Band NextAmazon's Kindle Unlimited and You: Find Out if You're a Good Match!