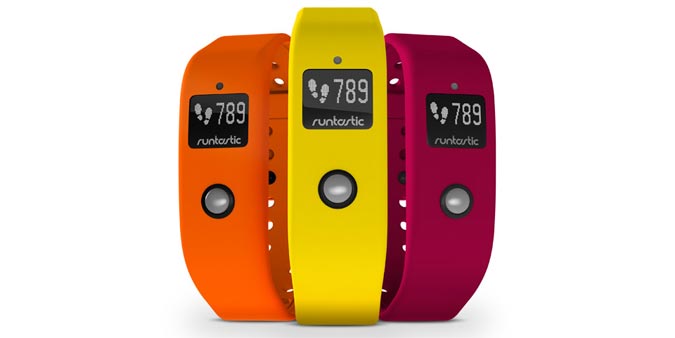 If you’ve heard of Runtastic, it probably means you’re something of a jock: The company got its start building running apps for tracking your distance, pace, et cetera. For the past two years, though, it’s been making all sorts of gear to go with it, including a GPS watch, armband, heart-rate monitor, speed sensor, bike mount and even a WiFi scale. Now the company’s rounding out its collection with something super obvious: a fitness tracker. The Orbit, as it’s called, does all the things you’d expect a fitness band to do: track your steps, calorie burn, sleep patterns. It’s waterproof up to 300 feet, meaning you can use this for swimming, in addition to jogging. It vibrates to wake you up in the morning, and when you’ve been inactive for too long. And, like competing devices, it uses Bluetooth Smart to wirelessly sync your data with either an Android or iOS app.