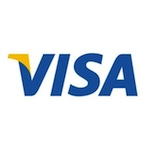 Visa wants you to know it gets that the future is about more than just plastic. The company on Tuesday took the wraps off Visa Checkout, its latest effort to make itself relevant in a world of digital payments. Checkout is designed to allow consumers to pay from mobile devices and PCs with only a couple of clicks. “It’s your Visa card for the digital world,” CEO Charlie Scharf told reporters on Wednesday. Initial partners include Neiman Marcus, Pizza Hut, Staples and United Airlines. But this is not the first time Visa has made this pitch. Checkout replaces an earlier effort, V.me, that launched with similar promises (and its own set of partners) back in 2011. Visa is looking to both protect its existing payments business and expand into new areas, where it faces a host of competitors including MasterPass from familiar rival MasterCard, as well as digital-born companies such as Amazon and PayPal.