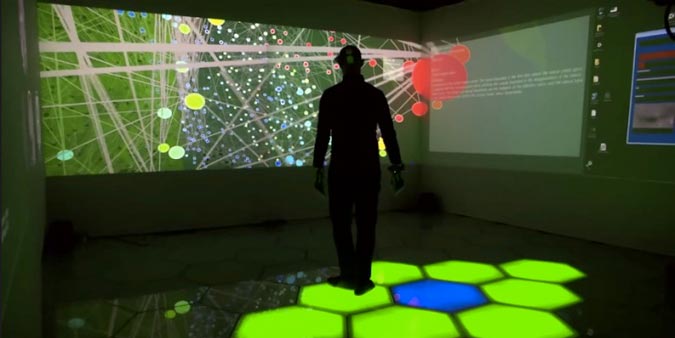 Is the answer to our feeble human minds needing to grapple with increasing quantities of big data to stand in a purpose built room immersed in complex data visualisations while wearing an array of sensors that track our physiological reactions? A group of European Commission-backed scientists believe so. They’re attempting to quantify — and, they claim, enhance — cognition by building a sensor-based data visualisation system that dynamically changes the complexity level of the data on display in response to human triggers, such as gestures, eye movements and heart rate. The basic concept underpinning this research, which has attracted €6.5 million in European Union funding under the Future and Emerging Technologies Scheme, is that a data display system can be more effective if it is sensitive to the human interacting with it, enabling it to modify what’s on display based on tracking and reacting to human stress signifiers.

PreviousComplex Passwords Are Only as Safe as How They're Stored NextThe U.S. Military is Building Custom Smartphones and Apps to Win Wars