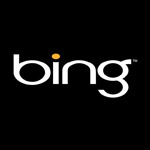 Microsoft on Wednesday updated Bing with a very interesting new feature that builds on its investments in entity and conversational understanding. In short, you can now ask follow-up questions that reference your previous question. For example, Microsoft says that after asking “who is the president of the united states” and getting back the answer “Barack Obama” you can then ask “who is his wife” and get “Michelle Obama.” Best of all, the chain can continue. You can then ask “how tall is she” (5 feet and 11 inches) as well as “who is her brother” (Craig Robinson) afterwards, and Bing will know that you are still talking about Michelle. This is a feature that is borrowed directly from Cortana. This shouldn’t surprise anyone given that Cortana is largely powered by Bing, so it makes sense that Microsoft would want to pull the other way as well.