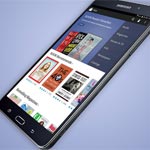 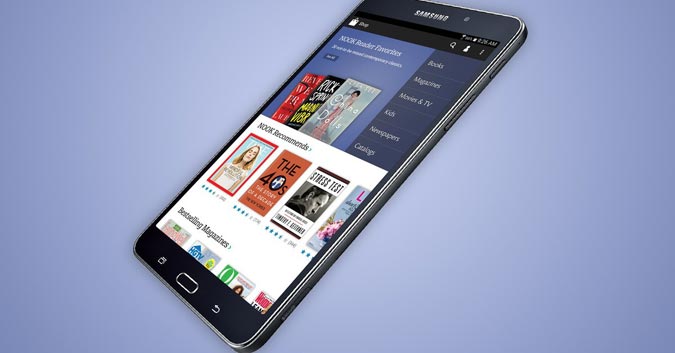 Samsung is becoming Barnes & Noble’s first partner to create a Nook-branded tablet today with the unveiling and release of the Galaxy Tab 4 Nook. The name is a mouthful, but it basically means that the tablet is a rebranded version of Samsung’s existing Galaxy Tab 4 tablet — part of its low-end line — that’s now been customized with some Nook software. The tablet has a 7-inch, 1280 x 800 display and will sell for $179. That’s basically the same price that Samsung’s existing version of the Tab 4 sells for, but Barnes & Noble is banking on Nook’s reading-focused apps as being enough to tip the scales in its favor. Barnes & Noble began releasing tablets in 2012, but quickly cut off the effort and actually announced less than a year later that it would no longer make Nook tablets.