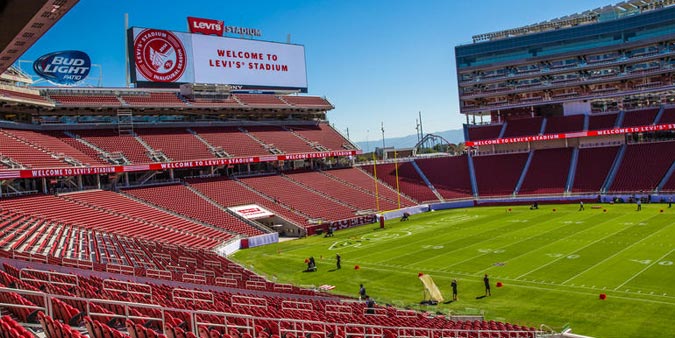 Patrick Willis, the San Francisco 49ers Pro Bowl linebacker, is in two places at once. He is posing for a photo with me at the 49ers museum at Levi’s Stadium, the NFL team’s new home in Silicon Valley, some 40 miles south of San Francisco. Simultaneously, he is on the other side of the complex getting ready to take the field for practice. The $1.3 billion stadium is full of cutting-edge technology, but, no, the team hasn’t figured out how to clone its defensive superstar. The version of Willis standing next to me is a part of the so-called “augmented reality” jumbotron, one of the many parlor tricks in the technologically rich stadium. The exhibit lets fans interact with life-size video renderings of players on the team, shown on a screen overhead. The illusion is Silicon Valley’s version of smoke and mirrors — fitting because the stadium sits in close proximity to some of the world’s largest tech firms.