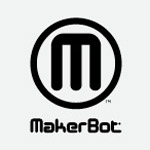 MakerBot is planning to capitalize on the European market for desktop 3D printing with the launch of MakerBot Europe. Announced on Friday, MakerBot — a developer of desktop 3D printers and a subsidiary of Stratasys — is taking over assets of Haftner’s Buro, a German partner with connections to MakerBot resellers across Europe. The Stuttgart-based company’s networks will become the property of MakerBot Europe, and the 3D printer manufacturer will manage the large network of MakerBot resellers throughout Central and Eastern Europe. MakerBot’s current resellers will transition into working with MakerBot Europe over the next six months, and the new organization will be led by Alexander Hafner, the owner and president of Haftner’s Buro since its founding in 1988.

PreviousManchester United is Tracking its Practices with £500,000 Worth of Cameras NextPanda 4.0: Winners, Losers, Impact On Marketing Measurement