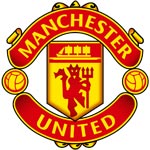 First-year Manchester United coach Louis Van Gaal is shaking things up at the soccer club, but perhaps no change is getting more attention than the cameras that have stated popping up around the pitch. According to ESPN, roughly £500,000 of camera equipment has been set up at the club’s training grounds in Carrington, England. Defender Johnny Evans told members of the press “We have this system at the minute where he can watch us on the pitch. A lot of teams use it but we are looking into it in quite a lot of detail. He is saying ‘you should be five yards to the right’, we are able to see things that are happening live on the pitch.” He added, “We went through a video recently and I was 10 yards out of position.” It’s not just at the training camp that Van Gaal is using camera systems to track his players.