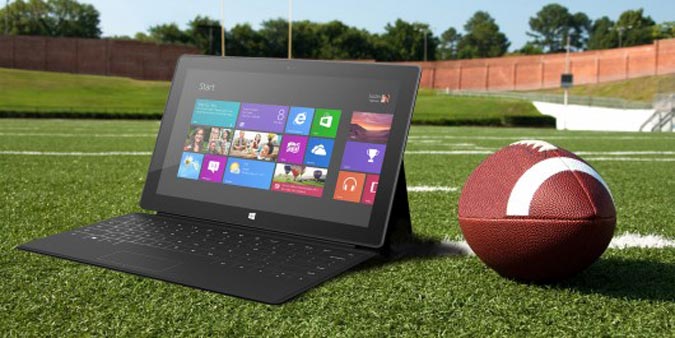 Are you ready for some football? Because Microsoft most certainly is. To go along with the introduction of a new NFL app for Xbox One and Windows 8, the software giant has also revealed how it plans to help professional coaches and players during games. As part of an ongoing partnership with the National Football League, which began last year and was reportedly worth $400 million over five years, Microsoft created what it calls a Sideline Viewing System. Naturally, the company’s own hardware is a key component to this; the new system is powered by Surface Pro 2 tablets, and it allows NFL teams to review plays instantly on the sidelines and up in the booths. For instance, say the quarterback goes back to the bench, the Surface can then be used to see the opposing team’s defensive formation during the most recent drive — and the same goes for the coaching staff that keeps an eye on the game from higher ground.