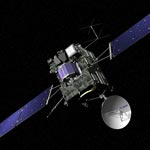 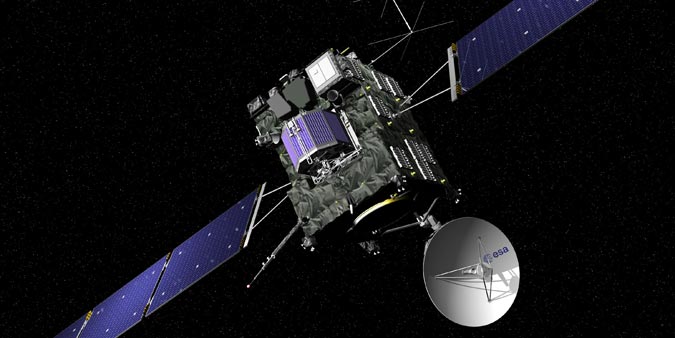 After a ten year journey through space, the European Space Agency’s satellite Rosetta has finally rendezvoused with Comet 67P/Churyumov-Gerasimenko—making it the first satellite to ever begin orbiting a comet. Referred to by ESA scientists as “the sexiest, most fantastic mission ever,” Rosetta spent the early hours of this morning conducting a series of maneuvers and thruster burns to arrive within 100km of the comet. Such a mission has never been attempted before, and it was far from straightforward—not least because radio signals take more than 22 minutes to travel between Earth and the spacecraft. The maneuvers were pre-programmed—after a lot of calculation—and the satellite left to approach the comet alone. Fortunately, it all worked—and Rosetta is in orbit around the oddly shaped stellar object.