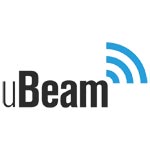 When Meredith Perry, 25, started studying astrobiology at the University of Pennsylvania, her career goal was to eventually find life on other planets. Instead, Ms. Perry accidentally stumbled upon something even more exciting: the ability to charge portable electronics, like cellphones and laptops, wirelessly using ultrasound. To do this, Ms. Perry created a technology that can take electricity, convert it into sound and send that audio through the air over ultrasound. Then a receiver attached to a portable electronic device catches the sound and converts it back into electricity. The technology makes it possible for a device to move freely around a room, in a pocket or purse, while constantly charging. Ms. Perry’s company, uBeam, announced on Wednesday that it took an early prototype concept of this technology, first developed for Ms. Perry’s college innovation competition, and turned it into a fully functional prototype that the company now plans to build for consumers.

PreviousThere's Something Off About the Stolen 1.2 Billion Passwords NextPandora Teams Up With Merlin for First Music Label Partnership