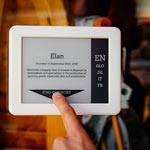 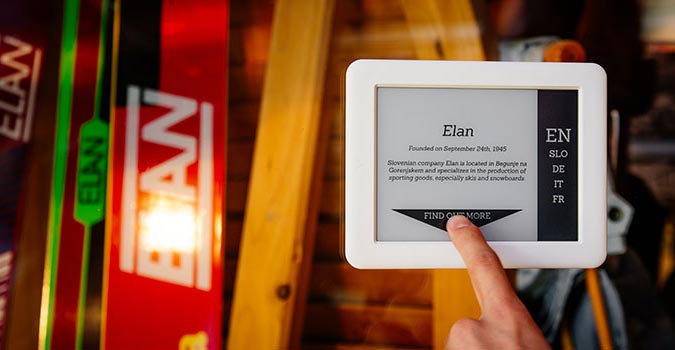 Until now, one of the only things you could build around an e-paper screen is an e-reader. While Kindles and the like are awesome, the technology’s potential was relatively limited. Not anymore. Visionect’s V-Platform lets developers build, manage and maintain e-paper apps as easily as they can control traditional web apps. Written with cross-platform languages like HTML5, JavaScript or CSS3, the apps are “pushed seamlessly via Visionect’s server software on local hardware or from the cloud to Visionect e-paper tablets,” where devs can then manage those apps and analytics remotely.  and developers can manage their apps and analytics remotely through Visionect’s server software.

Visionect’s e-readers are incredibly unique as well. They’re ultra thin, come in multiple sizes and are rugged enough to just about anywhere — even underwater. The e-readers don’t have any physical buttons — not even an on/off switch — which means there’s nothing standing between you and the app you’re using.

Visionect’s platform can be used in a wide variety of ways. The company says it’s great for event organizers, who need to inform attendees about that event’s schedule — while also being able to change the information on the fly. Static displays and paper signs can only do so much, but Visionect’s system raises the bar by acting like an information booth to create an interactive digital sign solution. To learn more about the platform’s usefulness for events, head over to Visionect’s site.

The platform and devices have also found a home in museums. Without light pollution, Visionect’s e-readers can be implemented in far more areas than traditional tablets or LCD screens could go, letting museum-goers interact with what’s on display without interruption or distraction. They’re also able to display just about any type of information, further enhancing the museum experience. The devices are helpful to the museum’s operators as well, because they can give real-time feedback to visitors’ activity. Is one screen getting far more use than the others? It’s probably next to one of the more popular attractions. Low levels of interaction? Better start figuring out a change of the floor plan!

The V-Tablets have a “long battery life, high screen visibility and excellent durability,” meaning they’re designed to hold up to prolonged repeated use. Apps are sent over Wi-Fi, which means upkeep is minimal.

makes it perfect for such a heavy-use scenario, and the V-Platform lets developers program apps for these devices as they would any web apps, using common coding languages. Apps are sent to the V-tablets over Wi-Fi, and developers have full, live control over each individual user’s experience.

Here are some other places where Visionect’s platform has been used: 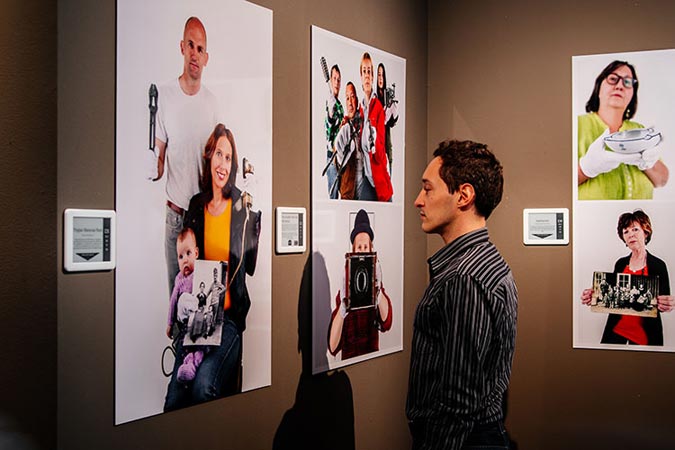