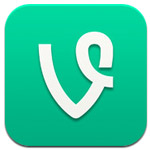 Vine users can now upload and share old videos from their phones’ camera rolls to the six-second-video sharing service. Previously, creating a Vine required the user to record the video directly through the app, meaning users could only share that video to Vine or by sharing the Vine link. Filming directly through Vine was tough, given the six-second limit, especially in spur-of-the-moment situations where you simply wanted to let the camera roll. The app update, which is available for Apple iOS users beginning Wednesday (Android coming soon), should address this problem by enabling users to record longer videos outside of Vine and then share the six second chunk they find most interesting. Vine’s ultimate goal is to increase the amount of content on the site.