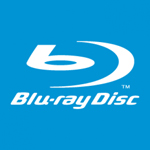 Much of the world is shifting to streaming video delivered over the Internet, but don’t count out optical discs just yet. The Blu-ray Disc Association is most of the way done defining a version of its optical disc technology that can handle high-resolution 4K imagery, the group said Friday at the IFA electronics trade show here. It will start licensing the technology in the spring or summer of 2015, and the first 4K Blu-ray players should arrive by the holiday-shopping season of that year, said Victor Matsuda, chairman of the Blu-ray Disc Association global promotions committee. Using physical media instead of relying on fallible and often limited Internet connections means Blu-ray discs can provide the best possible image quality, he said. But there’s more to 4K Blu-ray than just four times the number of pixels as in today’s prevailing 1080p video, he added.