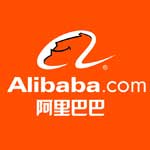 Alibaba, the Chinese e-commerce giant run by Jack Ma, has submitted F-1 paperwork to the SEC with the expectation that it will go public on September 8 under the NYSE symbol BABA. The filing appeared on SEC.gov today. 20.1 million shares will be on offer. Japanese investor Softbank currently owns 34 percent of the company while Yahoo owns 22 percent. The initial price is expected to hit at $60-66 per share with an initial valuation of up to $162 billion. At that valuation, Softbank’s share of the firm is worth around $55 billion, and Yahoo’s stake is worth more than $36 billion. In after-hours trading, Yahoo is up more than 1 percent, implying that investors in the American Internet giant are content with the Alibaba offering price range, but not surprised on the positive side. Yahoo ended the day worth just over $39 billion.